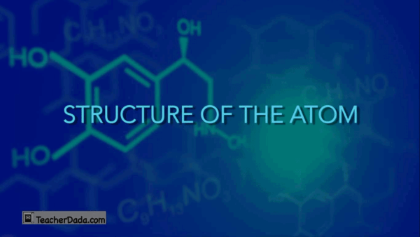 Structure of Atom for Class 9 CBSE

The essential terms related to the atom are an atomic number, mass number, electronic configuration, valency, isotopes and isobars. Atomic Number represents the total number of protons present in the nucleus of an atom. The word 'atom' has been derived from the Greek word 'a-tomio' which signifies 'non-divisible'. It is a neutral atomic particle. To describe the arrangement of subatomic particles within an atom, many models of an atom are proposed. Some of them are Thomson’s Model, Rutherford’s Model, Bohr’s Model. Atoms comprise of three fundamental particles: protons, electrons, and neutrons.