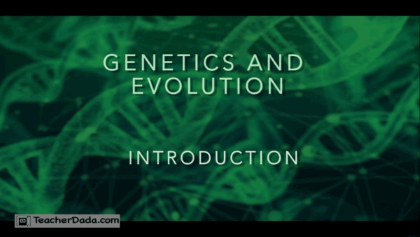 It includes evolution of structure of the genome, the genetic basis of adaptation and specification and genetic changes in response to selection within the population. The total genes and their alleles in a population remain constant. Sometimes the change in allele frequency is so different in the new sample of the population that they become a different species. This original drifted population becomes founders and the effect is called founder effect The Study of comparative anatomy of different organisms, fossils and comparative biochemistry provides evidence for evolution. Developmental Evolutionary genetics is the total of populace genetics and evolution.