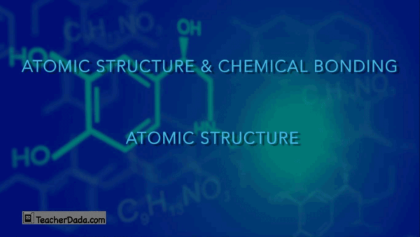 Atoms are the foundation of chemistry. They are the reason for everything in the Universe. Atomic Structure As you probably are aware, and the matter is made out of atoms. The protons and neutrons make up the nucleus of the atom, which is surrounded by the electrons belonging to the atom. The atomic number of an element describes the total number of protons in its nucleus. Solids are made of thickly stuffed atoms while gases have atoms that are spread out. We're going to cover rudiments like atomic Structure and bonding between atoms.