Learn how to correctly practice the basics of Yoga asanas so you can build your advanced practice from here. more..

Learn how to correctly practice the basics of Yoga asanas so you can build your advanced practice from here.

Hi Everyone! I believe you and your loved ones are doing well.

In this course I will take you through the foundation of Yoga.

We all know the benefits of Yoga on overall wellbeing, and we all want to practice - will help you practice with correct alignment & details of Sun Salutations with its individual asanas.

I want my students to practice along with, so I have included basic warm up in the beginning and cool down sequence at the end. I am sure you will benefit from the course with correct alignment.

Basic Warm up and Cool down - Include all major joints & muscles in warm up, and effective cool down

Basic of Goddess Pose/Utkata Konasana, and how it can be enhanced

Regular practice will help with optimising your energy, stamina, strength in addition to flexibility and elasticity

Are there any course requirements or prerequisites?

Who this course is for:

In addition to promoting good health, practicing Asanas of Surya Namaskar or Sun salutations poses is also a way to thank the sun for sustaining life on this planet. In the mid 1930s, Surya Namaskar (or the Sun Salute) made its way into yoga. Prior to this, it had become increasingly popular as a form of exercise that was supposed to stretch and strengthen every muscle and joint in the body - a perfect workout.

Bhavanarao Pant Pratinidhi refined and popularized the exercise in the 1920s. Introducing Surya Namaskars (Sun Adoration) for Health, Efficiency, and Longevity in 1928. Pratinidhi himself is shown demonstrating the series of positions in the picture above, taken from his book. Movements were always synchronized with the breath; they were never static asanas.

In 1938, Pratinidhi wrote another short book, The Ten-Point Way to Health, in which Surya Namaskar took center stage. These are the illustrations from that book, numbered 1-10. Position #4 differs from the earlier version. The position is originally a push-up or a plank. In the later book, it is pictured as position #7, like Downward-Facing Dog.

During this time, Surya Namaskar began to bleed together with yoga asana practice, particularly in Mysore where Krishnamacharya taught. Krishnamacharya was teaching yoga in the early 1930s, while another instructor-led a Physical Instruction Class where students performed Surya Namaskar. The two practices were not merged until later.

Today, there is a lot of debate about what constitutes an "authentic" Surya Namaskar and who is right. Teachers often developed unique versions of Surya Namaskar as they developed their own systems of physical yoga.

As an example, consider Ashtanga Vinyasa, which consists of two Surya Namaskars, neither of which is identical to Pratinidhi's, but rewritten in a more athletic way. Krishnamacharya either taught Pattabhi Jois these or he developed them on his own.

Whenever one leg steps back and then forward during Surya Namaskar (as opposed to jumping back with both legs at the same time), the question frequently arises: Which leg steps back, and do you step forward with the same leg or another?

If we look at Pratinidhi's original sequence at the top, he does the same thing with his step-backs and steps-forwards. The left leg stays straight in both cases. It is clear, however, that Surya Namaskar is to be repeated many times, with the legs alternated with each repetition. Surya Namaskar only causes problems if practiced once.

“Generally, people understand Surya Namaskar as an exercise: it strengthens your back, your muscles, etc. Yes, it definitely does do all that and more. It is quite a complete workout for the physical system – a comprehensive exercise form without any need for equipment. But above all, it is an important tool that empowers human beings to break free from the compulsive cycles and patterns of their lives.”

8) Stretches the spine and abdomen

Take this course and improve your health tips. Yoga helps develop the body and mind, but it does not replace medical care. Under the supervision of a trained yoga teacher, you should learn and practice yoga. In case of any medical condition, practice yoga only after consulting your doctor.

It burns approximately 13.90 calories per round of Surya Namaskar, making 12 the magic number to lose weight using Surya Namaskar. You can start with 5 sets and gradually increase it up to 12 with time, which will help you lose 416 calories.

A Software Engineer turned Yoga & Fitness trainer and Certified Dietician, I have been practicing Fusion Yoga for over 10 years in London and Pune, online and offline.​

Yoga & Fitness is not just my passion, it's my vision for everyone - Adults & Kids.

I strongly believe - Human Body is Donkey. Human Mind is a Monkey. Let's move that Donkey. Let's Tame that Monkey. Donkey likes inertia and rest. Monkey rarely sit still. We need Yoga to move the body, and we need Yoga to calm the mind.

Certified dietician, and I believe in no-nonsense balanced diet for everyone, not influenced by commercialisation of food and I say NO to supplements. My diet advise derives inspiration from our Ancient Food Wisdom.

I encourage kids to start into the realm of Yoga & Fitness to aid their physical health, and Pranayama for their Focus, Concentration and Mental Health. Get them Young into Yoga for body and for mind. 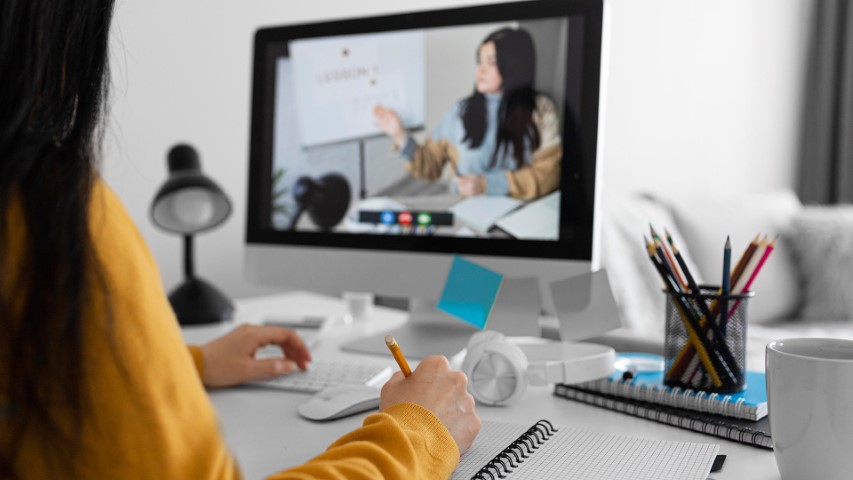